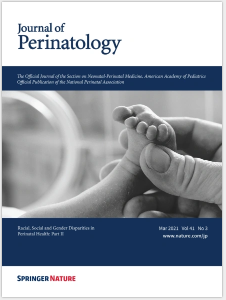 In myasthenia gravis, autoantibodies against the neuromuscular junction cause fluctuating muscle weakness accentuated by exertion. They can cross the placental barrier and lead to transient neonatal myasthenia gravis, with a life-threatening risk of respiratory failure for the baby. This possibility justifies systematic hospital surveillance of newborns born to mothers with myasthenia gravis, for a period that varies according to the teams (at least two days, three days, seven, etc.).

At Ann Arbor University Hospital (US), pediatricians conducted a retrospective study of 147 of these infants, 37 followed by their own team and 110 from case series previously published in the literature. According to their results, published in February 2021:

The authors suggest that a four-day postnatal observation would be enough, as no child has developed transient neonatal myasthenia gravis after this time. They also reiterate the importance of initiate the discussion with parents during pregnancy.