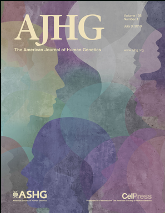 Spinal muscular atrophy (SMA) is a neuromuscular disease causing the most frequent genetic childhood lethality. Recently, nusinersen, an antisense oligonucleotide (ASO) that corrects SMN2 splicing and thereby increases full-length SMN protein, has been approved by the FDA and EMA for SMA therapy. However, the administration of nusinersen in severe and/or post-symptomatic SMA-affected individuals is insufficient to counteract the disease. Therefore, additional SMN-independent therapies are needed to support the function of motoneurons and neuromuscular junctions.

The authors recently identified asymptomatic SMN1-deleted individuals who were protected against SMA by reduced expression of neurocalcin delta (NCALD). NCALD reduction is proven to be a protective modifier of SMA across species, including worm, zebrafish, and mice.

Here, thresearchers identified Ncald-ASO3-out of 450 developed Ncald ASOs-as the most efficient and non-toxic ASO for the CNS, by applying a stepwise screening strategy in cortical neurons and adult and neonatal mice. In a randomized-blinded preclinical study, a single subcutaneous low-dose SMN-ASO and a single intracerebroventricular Ncald-ASO3 or control-ASO injection were presymptomatically administered in a severe SMA mouse model. NCALD reduction of >70% persisted for about 1 month. While low-dose SMN-ASO rescues multiorgan impairment, additional NCALD reduction significantly ameliorated SMA pathology including electrophysiological and histological properties of neuromuscular junctions and muscle at P21 and motoric deficits at 3 months.

The present study shows the additional benefit of a combinatorial SMN-dependent and SMN-independent ASO-based therapy for SMA. This work illustrates how a modifying gene, identified in some asymptomatic individuals, helps to develop a therapy for all SMA-affected individuals.